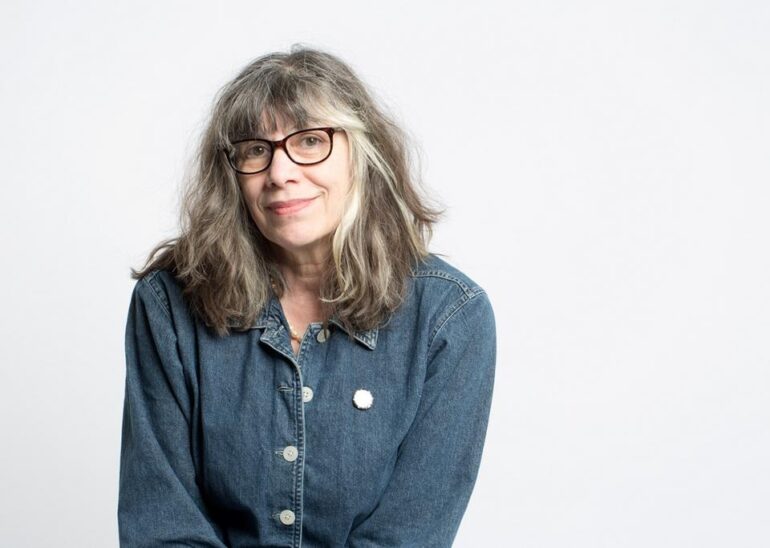 Ever the ceramicist, Mary Jo Bole checks the bottom of the mug at the Downtown coffee shop where we’re chatting to see where it was made.

She notes it was made in Olympia, Washington, and compliments its shape, adding that the lip could be “sexier.”

Bole gravitated toward ceramics as an art student at the University of Michigan in the 1970s because “that’s … where stuff was happening.” But her years of art practice have led her to employ nearly any medium and material to fulfill her vision — from drawing and painting to film and photography to old family photos to wallpaper to toilets.

Yes, toilets. And other bathroom fixtures, too. Indeed, she became somewhat of an expert on the subject of indoor plumbing during residencies at, among other spaces, the Kohler Company iron foundry in Wisconsin, and during an installation at the Eastern State Penitentiary Historic Site in Philadelphia, one of the first places in the country to have indoor plumbing.

Bole’s work speaks, perhaps, less to a peculiar fascination with toilets and more to a willingness to engage history through what she called the “underbelly.” This includes her own family history, in which immigrants from the wrong side of the tracks married into the families of industrial magnates in the 1800s. Bole has connections in her family tree to the Carnegies, even.

Her recent work wrestles with being one of the final repositories of that personal historical ephemera, a deep, personal need to make sense of who she is and where she comes from.

“I think it always is for everybody,” Bole says in response to a question of whether her art is about herself. “I don’t know, maybe for some people it’s very exterior, but [my art] isn’t. I’m the caretaker of stories. Life is messy, so art can be freeing. … It feels a little like being dumb, jumping off a cliff thinking, ‘OK, I’m gonna spend 10 years on this piece not knowing if it’s going to work and just going with my gut.’”

Whether the history is personal or cultural, Bole believes in the role of the caretaker. Anything can be used in making, and few things are tossed aside.

Truth be told, I’m no more comfortable picking the Best Artist in Columbus than Bole was being selected. “I’m not going to go home and start telling people I’m the best artist in Columbus now,” Bole said. Not that she isn’t honored, and, in her words, “a little embarrassed.”

Ultimately, Bole’s is a name I have heard on a recurring basis in conversations with those in the Columbus art scene. So in that way, perhaps they are the caretakers of her story.